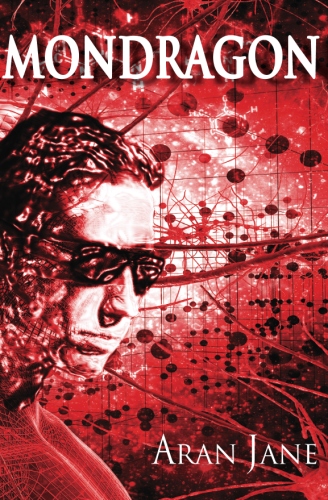 Mondragon, by Aran Jane, is a sci-fi/biopunk action adventure, set more than a thousand years in the future, after a ceasefire between genetically mutated Martian colonists known as “newstylers” and the unmodified “accidentals” back on Earth.

In Shanghai, Earth’s capital, battle-weary Derek Mondragon looks after wounded fellow soldier MacCullum, the last casualty of the Newstyler Rebellion. Meanwhile, his home life deteriorates, resulting in the mother of his child abandoning them both.

Derek is troubled by MacCullum’s obsession with an ancient codex that warns of an existential threat tied to the current interplanetary conflict. When MacCullum is attacked in his hospital room for that knowledge, and Derek’s young daughter is removed to a hatchery (a state-run orphanage that turns kids into science projects), Derek goes AWOL to take matters into his own hands, only to land unexpectedly in the middle of a secret mission that might decide the fate of everyone on both planets.

Make this a super compact version of what you wrote on your "about us" page--your best introduction to a prospective client.